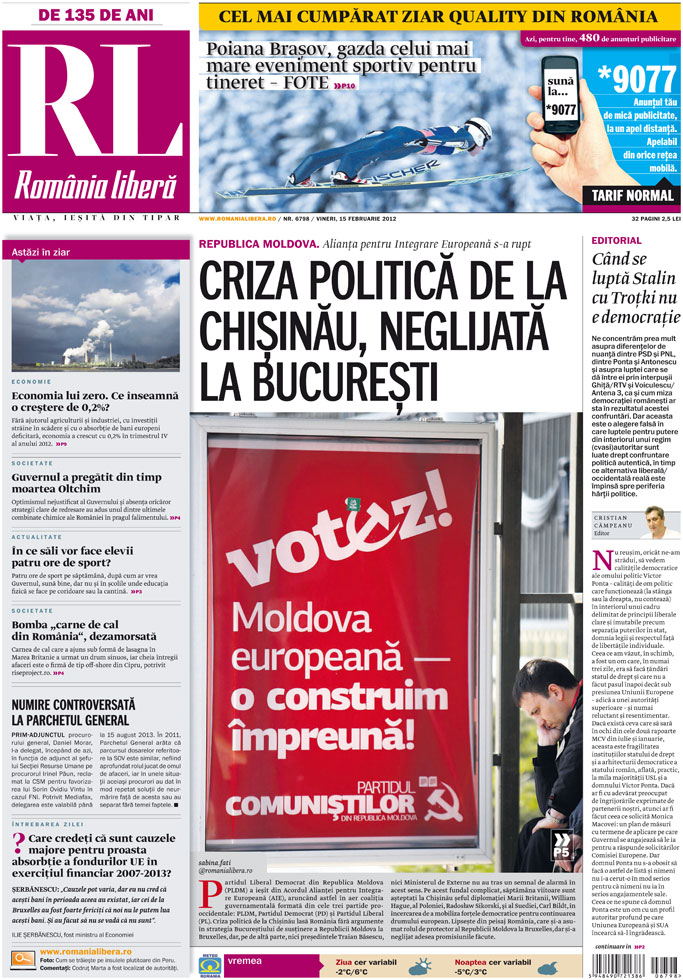 On February 14, Moldova’s Liberal-Democratic Prime Minister, Vlad Filat, announced that he would quit the Alliance for European Integration (the coalition in power since 2009), deploring prevailing corruption and the politisation of high-profile state jobs.

However, according to the press, the real catalyst for the crisis was the fatal accident in the course of a hunting trip attended by several high ranking officials, which took place in December 2012, and particularly the role of the former attorney general, who is member of one of the parties in the ruling coalition.

Diplomats in Romania failed to anticipate the crisis in the country’s eastern neighbour. Swedish, Polish and British foreign ministers are expected to arrive in Chișinău next week.