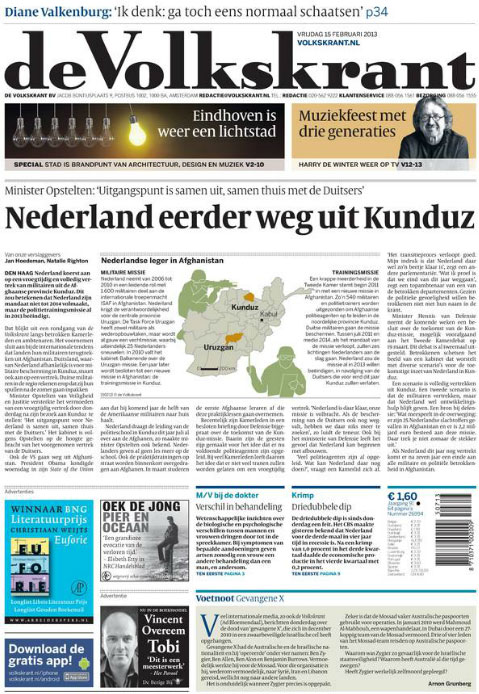 In the course of a visit to the Kunduz, the Dutch Defence Minister Jeanine Hennis-Plasschaert announced that the Netherlands’ 545 Dutch troops, who are mainly based in the province, are to leave Afghanistan this year rather than 2014, as was initially planned.

She explained that their withdrawal will be linked to the withdrawal of German troops who provide them with protection, and who are expected to leave the province in mid-2013. In July, Dutch troops will hand over the management of the police training centre to their Afghan colleagues.