Transition and Gender Discrimination in Serbia

Men are greater victims of transition than women, which led to the
family budgets increasingly depending on the latter. Nevertheless,
when all the data are taken into account, one comes to the conclusion
that transition was “blind” for gender differences, and that the
position of women has even relatively improved. The reason for this is
the fact that they work more often in the public than in the private
sector, where there was less sacking, writes Sanja Lazarević. 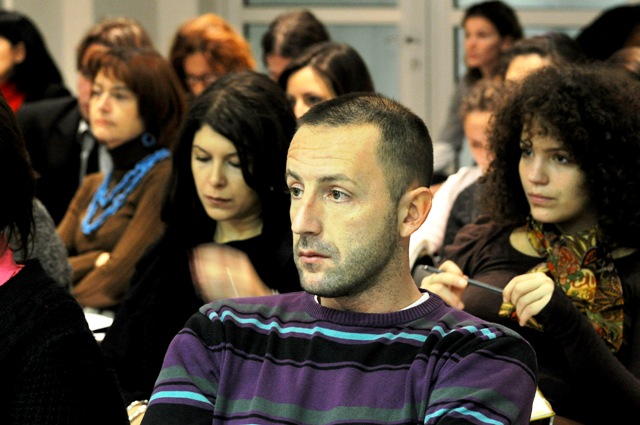 The wave of layoffs which has been splashing Serbia ever since the
year 2008, under the guise of the world economic crisis, has led to
the unemployment rate in our country, which is already extremely high
compared to the countries in the region, and especially in the EU –
further growing. In 2010, it reached the level of 22 percent, but what
especially worries macroeconomic experts is the reduced share of the
active population – people older than 15, of the working age, who are
seeking employment and wish to work.
In the shadow of massive unemployment and the growing fear for one’s
job, over the past few years certain structural changes occurred on
the labor market from the aspect of gender (un)equality, which pose in
a new way the question – who is bearing the biggest burden of the
transition: women or men?
Since 2008, the number of employed women has dropped by 68 thousand,
i.e. by 7.8 percent, while the number of men who are working has been
reduced by 135 thousand, by a full 12 percent, (all the data of before
the latest statement of the Republic Office of Statistics (RZS)), says
Miroslav Zdravković, editor of the portal Makroekonomija.org. This is
the result of the sector structure of employment by gender, since the
biggest drop in employment was registered precisely in the
construction industry, the processing industry and the entrepreneurial
sector, branches in which male workers are dominant. On the other
hand, women are more numerous in the state administration, health care
and education, where the total number of the employed has even
slightly increased.
However, the unemployment rate for women, according to the latest data
for April 2011 (22.5 percent) is still higher compared to the general
rate (22.2 percent), and especially relative to men (22 percent). This
difference is even more visible if one takes a look at the employment
rate which ranges around 29.8 percent in the case of women, and as
much as 43.2 percent for men. The reason for this is the fact that,
over the previous years, an increasing number of women has been moving
from the category of those seeking a job to – the inactive part of the
population, i.e. giving up on the intention to work.
More than the employment rate, extremely important is the activity
rate, which, in the period between 2001 and 2009, dropped in our
country among both genders. However, it was much more drastic in the
case of women, and it now ranges around 41.4 percent, compared to 57.7

percent of active men, says Miroslav Zdravković and adds that such a big difference, apart from