The National Development Bank should pull commercial banks out of the mud of bad placements, be a catalyst of new credits to small entrepreneurs, “destroy” monopolies and be a trigger the restoring the lost work places. A fragile and spoilable institution by its nature should grow in the hostile environment of the state which has generated all these problems. “We can wait forever for some dues ex machine, the European Union, the market, or the Lord and lose another 500,000 work places, or to try”, says Živković in an interview to the monthly magazine Biznis i Finansije.

Business and Finances: One of the reasons for forming a development bank is linked to resolving the problems caused by the global financial crisis: the banks’ hesitation to offer credits to the economy, and secondly, the tendency of domestic banks with a foreign origin to direct available capital towards their own home, and not towards Serbia. Why does the market not correct these anomalies? 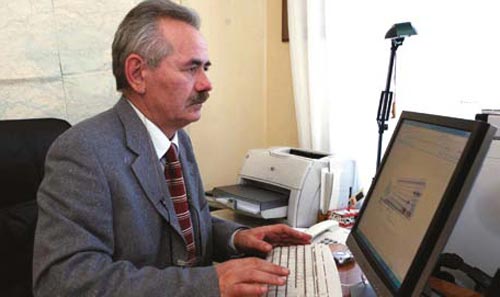 B.Živković: After this crisis, a precedent occurred. Expert papers prove that the offer of credits in the next decade will not be a growing magnitude, and the cause of this is the structure of the banking sector, which is unfavorable. The key idea of a development bank is to facilitate or stimulate the offer of credits that would be granted by commercial banks. Only in an extremely small number of cases would the development bank be the direct financier. Its main job would be to stimulate the offer on the broadest possible front or on precisely determined sector fronts.

B&F: A type of credit line?

B.Živković: That would be something very similar to a credit line or a system of guaranteeing or as a targeted credit line in the manner in which this is done by the EBRD and EIB, and totally contrary to what is being done by the Croatian development bank and what our development fund was doing, and that is directly to place money from its own sources. If we speak about direct financing, then this is possible only in a very narrow segment of financing infrastructure projects. All the other operations would be in a coalition with commercial banks and would be set so as to maintain the credit offer, to accelerate their growth and make them more accessible to the real sector.

The latter can be the subject of controversies, but if you take a look at the structure of the growth of credits during the past decade in Serbia, an enormous amount of the growth went into the sector of the population, real estate and services. All these three allocations changed their characteristics after the crisis.

BiF: For this reason, the share of the non-recoverable loans of the banking sector are higher than in the region. Now the development bank should protect them from their own bad decisions?

B. Živković: It should be a catalyst for commercial banking to turn to a classic corporative loan. In the past decade, banks did not really have to deal with this very much, because they gave loans covered with a mortgage, and their clients were citizens who regularly paid their obligations and the state as an excellent loanee. Our banks acted like foreign banks in the world. How many losses were incurred by the Swiss UBS, Chase or Merrill Lynch, JP Morgan in the presence of many more powerful regulators? The problem of the lack of classic credits which should be facilitated by the development bank is, therefore, not of a local nature.

BiF: But, can a development bank of modest capital change the conduct of the domestic banking system which is largely tied to foreign mother banks. Won’t those banks go after the goals set by their head office?

B.Živković: No, a development bank cannot beat the mother bank’s force of gravity, but under normal conditions on the market it can help commercial banks to direct their credits towards those branches where the offer of credits was earlier on relatively small, and the availability of credits low.

BiF: And the priorities will arbitrarily be set by the state?

B.Živković: The setting of priorities is necessarily of an arbitrary nature, but this does not mean that it is necessary for form a development bank for raspberries or for tycoons. The bank will determine goals according to what has already been defined by government or parliament policies. So as not to mystify this issue, Serbia has lost a million work places.

BiF: But there remains the question of where it needs to create them. You say that the political goal is to employ as many people as possible, will then our government or parliament lay emphasis on work intensive branches which usually have a low profit margin?

B.Živković: This can definitely happen. However, that risk is borne by the bank owner and these mistakes appeared as a loss of capital. As regards the sector for stimulation, a market exists not only in the revitalization of the industry, but also in the stimulation of entrepreneurs. Compare the attitude to the credit of large companies from the service sector whose efficiency was mystified for a long time, and the attitude to credits of small and resilient entrepreneurs and tell me which credit is riskier?

BiF: Let us take, for example, raspberries which appear to be a typical sector whose supporting would be logical. Will loans go to tycoons which have already created cartels?

BiF: Our governments are a combination of various coalition interests and parties that protect the individual interests of their financiers.

B.Živković: The key elements are as follows: who decides on what? We have the coalition principle in deciding even about toilet paper. That would not be able to function in a development bank because it would then turn into a kind of exchange between members of that coalition. And that is the biggest operative risk. Something quite different are procedures for how the investment project that is to be supported is formulated. Furthermore, what are standardized measures, which are the minimal acceptable values below which financing is not possible, the third are managers. We have to have there people who are better than the present ones.

BiF: We did not really show our best there. From the World Bank we did not draw 600 million dollars partly because of political hesitation and partly because of the poor preparation of the projects, due to which we did not draw 800 million dollars of the Russian credit either. And not just that, but on Corridor 10 we have shown that we also lack knowledge in managing projects. Where to find professionals?

B.Živković: This knowledge existed at both Yubmes Bank and the Association of Banks and other places, but it was lost, the people dispersed, and the political economics of the use of these resources led to a conflict of interests, because decisions are taken at 10 agencies, ministries and design offices. The idea is for all the projects to be placed under single control at the development bank, which would reduce the probability of corruption.
No one knows the efficiency of the dinar invested through numerous government agencies. We can resort to anecdotes: how many churches have been renovated, how many schools painted, but no anecdote is the fact that the bypass has still not been completed, and that our corridor and bridges are in the state they are in. I believe these things are connected.

BiF: You have said several times that this political risk is raised at a development bank to a much higher level. And our bank is being founded precisely prior to the election campaign, to which these institutions, as you have written in your paper, are not immune at all?

B.Živković: From the moment of its foundation it takes another half a year for the bank to become operative because the placing of an operative risk under control is a delicate problem. It is crucial for the forming of the bank to be as best as possible. The development fund had a certain portfolio of its own and before it is entered into the development bank it should be seen how many of the financial projects are recoverable. It would be very bad if the formation of a development bank would now be treated as an amnesty for the bad placements of all institutions engaged in this. It is necessary for the takeover to be gradual so that the development bank would not turn into a Chernobyl at the very start. It is important for me that the development bank does not start working before the new government so that it would not do major damage at the very start.

BiF: The development bank have some more political baggage, the fate of the Development Bank of Vojvodina.

BiF: If everything is at the head office in Belgrade, how will the policy of regional development be carried out?

B.Živković: Development banks formulate regional projects according to priorities for each region. The South African Development Bank is a good example of this. In our case new small and medium-sized enterprises would have priority.

BiF: Are you then pleased or afraid of the fact that the loudest in their support to a development bank are those large companies which cannot repay their credits now, because they wrongly invested in real estate and the service sector?