Serbia is facing new big challenges that are coming from the outside
and inside: from the world there is the pressure of higher interests
because the euro zone is struggling with the costs of the crisis in
the south and the growing inflation. The price will first be paid by
the citizens who are repaying housing credits. On the internal plane,
the bad privatization and high level of illiquidity have narrowed down
the number of bank clients in the real sector and directed them
towards the purchase of state securities. One can discern a problem
here too, because it is unclear how big the state’s capacity is for
repaying the credits which it is taking increasingly often. “It is
better to stop and re-calculate, because the costs of the populist
approach will be paid with a new circle of poverty”, said Professor
Đorđe Đukić of the Faculty of Economics in Belgrade in an interview
published in a special edition of the Biznis i Finansije (BiF)
magazine, FINANSIJE TOP. 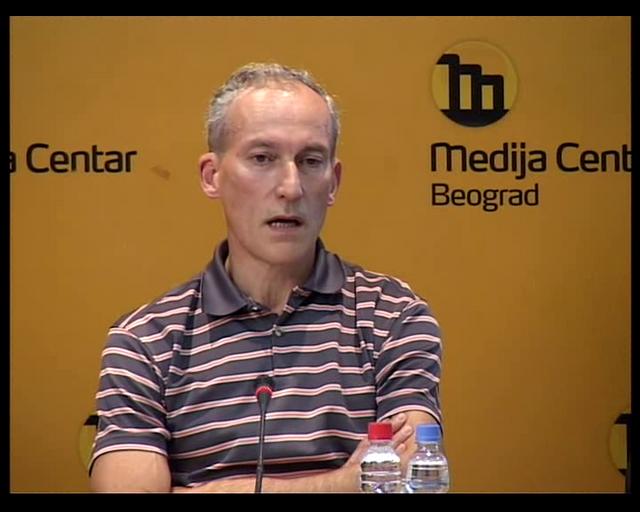 BiF: According to the latest data, the credit activity of banks has
practically ground to a halt in both the sector of the population and
the sector of the economy.
Đ.Đukić: Banks are not motivated to conclude credit arrangements more
actively since there are no credit worthy clients in the economy and
no good, well founded and developed projects they would be able to
accept. Banks cannot endure the effects of the bad privatization. From
Subotica to Vranje it has transpired that even companies that had good
programs, a market, a brand, companies which had been credited by
banks for a very long time, such as for example Fidelinka, have gone
bankrupt. Banks do not initiate bankruptcy in order to destroy a
company, but they rather opt for this move when they conclude that the
substance of a company had been sucked out and that they have to
collect at least part of their claims. And since this is a massive
occurrence, you find yourself in the position that a bakery on which
the bread supply of a city depends has to go bankrupt. This is the
result of bad privatization, the tolerating of having capital drawn
out of a company, of expenditures moving to good companies, which is
further narrowing down the basis of the clients of banks. And this is
not so because they have become hypersensitive to risks.
In Serbia there are 15 companies to which you can link all the other
companies after all the privatizations and these clients go from one
bank to another, one bank grants them credits in order to repay the
installments of a credit with another bank, and the requests of such
clients are met so that they would manage somehow to float on the
surface. However, in order for something truly to be resolved there,
two things are important: something the government is announcing –
that it will prevent the formation of bogus companies through which
companies are avoiding their obligations, and secondly, the state’s
announcement that it will service its obligations. It owes companies a
lot and that is why banks have many clients who do not have a problem
because they do not want to service their credits, but rather because
it is either the state that owes them money or another company whom
the state owes again.

Serbia vs Croatia
Đ. Đukić: There is a domination of foreign banks, but the trend of the
drop of interest rates, even since they entered this market, has not
produced satisfactory results, because the markets of Serbia, Romania
and Ukraine are such that the population is not in a position not to
ask about the price of a credit. In the case of revolving credits,
credit cards, and “going into the red” with cards the average interest
rate in December 2010 was 28.46%, in March 28.12%, and in the case of
consumer credits 16.54 i.e. 15.25 percent, housing credits 5.66 i.e.
5.87 percent, while the collective weighted interest rate in December
2010 was 24.98 and in March 24.89 percent. It is then clear why
foreign banks, when entering our market, were ready to play a several
times higher price than the book value of banks.
And the latest analyses of international financial institutions show
that the privatization of the banking sector at all costs does not
bring a competitive market, but rather everything depends on the
individual case. In Croatia, interests dropped very quickly, because
the level of competitiveness was much higher even though two players
are dominant on the market, while in Serbia the first two players
account for only 25%. Therefore, the market share does not determine
the market power. In Serbia, the first five banks on the market of
credits and deposits have a share of 40%, while there was no lowering
of the interests at any point.

BiF: It seems that certain banks, nevertheless, hade made poor
assessments and had granted credits to clients whose money is captured
in real estate or which are only seemingly solid, due to the fact that
the state had been postponing for them the payment of various
obligations?
Đ.Đukić: Around 99% of the exposure to risks of banks in Serbia comes
from the credit risk, while the market risk is negligible. This is
good, because it means that banks are carrying out good monitoring and
this means that even in the case of those bad assets the bank
provisions are high and the capital base is strong. Banks will survive
even if the crisis deteriorates.
The companies you are talking about could present themselves are
credit worthy based on their sale, turnover, the average state of the
account, the size of the property and the market price of the property
at that time. If a bank had been granting a credit worth 10 million
euros, and the market value, according to the appraiser , was 23
million euros (before the crisis), banks opted for crediting without
any problems also counting on the fact that, even at the price of the
drastic drop in the prices of real estate, they would be able to
preserve their claims.
The problem with such claims must be spoken of selectively. Depending
on the position they are in, certain banks are now accumulating land,
building, and apartments and, if they are liquid, they are waiting for
better times, and if not, they are trying to sell that real estate at
all costs, which is very questionable, because the real estate market
is dead except Belgrade, and partly Novi Sad. The level of non-
recoverable credits has especially increased in the economy, but I do
not believe that these first five banks would be endangered, although
their profits will suffer.

BiF: Nevertheless, the public is increasingly often asking how
realistic these good bank data are because many banks had issued
guarantees to one another in order to iron out their balance sheets.

Đ. Đukić: Through guarantees, balance sheets are ironed out and they
many assets less risky than they are, but this is short-lives. Every
good bank must have enormous provisions and must make it clear to the
market that its fate does not depend on that. Serbia is a small market
and it is hard to hide anything. My biggest concerns is, nevertheless,
on the side of the real sector. Banks will survive one way or another.
There remains the problem of the real sector and the problem of the
poor administrative infrastructure, meaning high prices of external
elements, so to say.

Đ.Đukić: If the NBS insists on the implementation of Basel II,
according to certain estimates this will engage another 500 million
euros or so. This means that the yield of banks on share capital will
be even lower and owners will wonder why to invest in those banks?
That is why I believe that one should be careful in this job.
As regards Basel III, it will be introduced successively into European
banking. It too requires larger requested capital of banks based on
the market risk, as it envisages the separation of “buffer capital” on
the basis of the risk of the cyclic trends in the economy. Its
implementation will make credits even more expensive.