It is estimated that, each month, around 100 women who give birth in
Serbia freeze the blood from the umbilical cord of their newborn
children, as security for their safer future. For banks and insurance
companies this is a new market niche with a potentially large number
of clients with low payment abilities, but with high motivation. That
is why the offers are adapted to the circumstances, writes Bizinis i
Finansije (Business and Finance) monthly magazine. 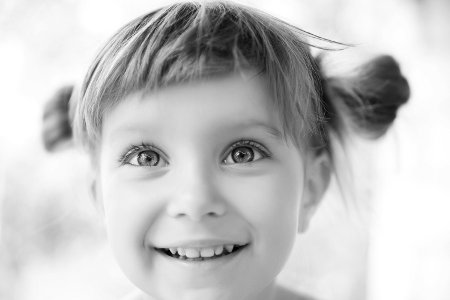 An increasing number of parents in Serbia are interested in preserving
the stem sells of their children, but due to the high cost of this
service, a small number of them actually decide to do it. The
collecting, transport and processing of blood from the umbilical cord
of a newborn child and the keeping of stem cells costs around 2,000
euros. This is why only several thousand couples have ensured for
their children the possibility, if need be, to receive treatment with
the help of this medical method. An additional reason is that, despite
the fact that the use of stem cells in renewing damaged tissue can be
successful in the treatment of around seventy diseases (various types
of leukemia, bone diseases, genetic metabolism diseases, diseases of
the immune system, anemia), this method has still not been
sufficiently checked out.
The first stem cell banks in the world were opened some ten years ago,
while they started offering their services in Serbia in 2004. However,
in the maternity hospitals here it was not possible to extract stem
cells from the umbilical cord nor was it safe to transfer them some of
the foreign banks where they are deposited. In September 2008, the
first regulation pertaining to this field was adopted, as was the Law
on the transplantation of cells and tissue in 2009. Health
institutions where blood samples are taken from the umbilical cord
must have an adequate permit from the Health Ministry, something that
more than 20 maternity hospitals in Serbia currently possess.
Increasingly frequent in the world is the practice of grandparents
paying the costs of the depositing of stem cells as a present to their
grandchildren, upon their birth. There are few such examples in
Serbia, but, since recently, banks and insurance companies have
recognized the market interest of offering their clients loans and
other benefits for depositing stem cells. Calculations confirm that
the conditions for this type of loan are among the most favorable in
the entire bank offer.
Interest Larger than Possibilities

The Wiener Stadtische insurance company has gone a step further and,
along with a life insurance package, it is offering its clients the
possibility of saving in case they decide to preserve their stem
sells. At issue is the new Total Insurance service for children up to
the age of 15.
“Until the age of 15 the child is provided for with the basic
insurance package which is of a savings nature, and upon the expiry of
this period Total Insurance becomes mixed life insurance, says Nela
Bojović, the public relations representative at Wiener Stadtische.
“The insured person can dispose of the accumulated funds from the age
of 20, which facilitates numerous choices in life. In view of the
increasing interest of the public in preserving stem cells, we have
agreed on cooperation with the leading European stem cell bank Cryo
Save, which deposits them in Belgium and the Netherlands. More than
2,000 couples in Serbia have preserved the stem cells of their babies
at this bank. The total price for the collecting, transport and
processing of cells their keeping in the first 20 years costs 1,780
euros. By concluding the Total Insurance program one saves 160 euros
on the price of the depositing of stem cells, as well as a discount of
20 percent on the amount of the insurance premium in the first year,
and also the possibility of being relieved of paying the premium in
the last year of the insurance”.
Our interviewee adds that, when conceiving this service, attention was
paid to the living standard of the citizens of Serbia. In our country
there are still no adequate surveys on the interest of future parents
in depositing stem cells, but the previous experience of Wiener
Stadtische shows that the interest of the citizens is larger than
their current financial abilities. “There is, therefore, a large
potential, which is why we are motivated to make this important
service more accessible with price discounts for our clients”, said
Bojović and added that the Cryo Save company, with which they
cooperate, is keeping the stem cells of almost 170,000 children.
Piraeus Bank is the first bank in Serbia which has offered loans for
the preservation of stem cells. In cooperation with the British Future
Health company, engaged in the storing and keeping of stem cells, the
bank has prepared for this service consumer credits in euros and
dinars with a 24 month repayment period. The full price of the storing
of stem cells is 1,790 euros, while Piraeus Banks offers credits in
the amount of 1,490 euros, which are the initial costs of this service
and of the twenty-year keeping of the cells. The share of consumer
credits for the storing of stem cells in the banks’ total portfolio is
a little more than one percent.
Volksbank offers parents for the preservation of stems cells a special
dinar consumer credit with a fixed interest rate throughout the entire
repayment period lasing up to five years. “Credits for the
preservation of stem cells have a lower interest rate than other
consumer and cash credits, which is why they are the most favorable
for clients. So far 47 couples have decided to finance the keeping of
stem cells through our credits, and 54 credits for these purposes are
undergoing procedure”, says Aleksandra Morina, a product development
expert at this bank. According to her, the new service is being
realized in cooperation with banks for keeping stem cells in Serbia,
which an increasing number of potential clients are addressing.
Storing in Serbia
In about a year’s time, the storing of stem cells should be made
possible in Serbia, and this at a two times lower price than the one
now being charged by stem cell banks abroad. It has been stated that a
stem cell center will be founded at the Medical Faculty in Kragujevac,
where their depositing will cost 1,000 euros. This center should start
working in the spring of 2012, and it will be managed by Miodrag
Stojković, expert from Leskovac who has returned from abroad in order
to devote himself to sterility treatment in Serbia.
For the equipping of the future domestic stem cell bank, the first of
the kind on the territory of the former Yugoslavia, the state will
provide 4.25 million euros, the city of Kragujevac 40 million euros,
and the Medical Faculty 20 million euros. The Health Ministry has also
announced the foundation of the first public stem cell bank which
would keep the stem cells of newborn children for the needs of sick
people who are not related to them. The patients would receive stem
cells free of charge, and their keeping would not be paid for either.
The treatment method using stem cells is currently being applied at
several health institutions in Serbia – the Mother and Child Institute
in Belgrade, the Military Medical Academy and at the hematology
institutes in Belgrade and Novi Sad. In Belgrade there are five
private representative offices of foreign stem cell banks whose slogan
is “Better to have them and not need them, than to need them and not
to have them”, It is estimated that around 100 women who give birth
freeze the blood from the umbilical cord of their newborn child on a
monthly basis, as security for their safer future.