Serbia’s transition economy is grappling with high unemployment, muted real GDP growth and challenging government finances, making its business environment unattractive. However, its geographic position and low wages make it a desirable location for foreign investment but its labour market rigidity detracts from its appeal. Although the corporate tax rate was raised considerably in 2013, it is still low by international standards, making it a competitive destination for overseas companies.

“Getting Credit” and “Registering Property” were Serbia’s best performing categories in Doing Business 2014 ranking 42nd and 44th, respectively, out of 189 countries. The former was due to “Strength of legal rights” and “Depth of credit information” being on par with the OECD average, as well as 100% “Private bureau coverage” (where a private bureau lists information on borrowing history in the past five years for individuals and companies) that compared favourably with the OECD average of 66.7%. The time and costs involved in “Registering a Property” at 11.0 days and 2.8% of property value respectively compared favourably with the OECD average at 24.1 days and 4.4% respectively. 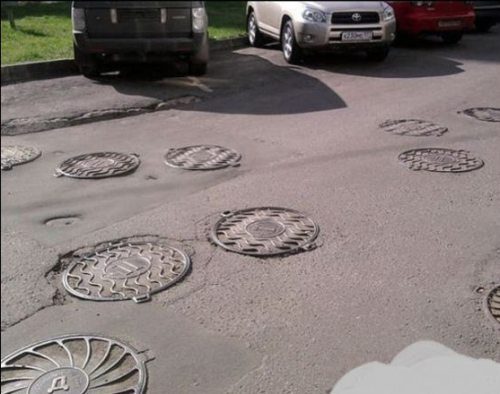 Serbia ranked particularly badly for “Dealing with Construction Permits” at 182nd out of 189 countries in Doing Business 2014, as the time taken to build a warehouse at 269 days and costs of 1,434% of income per capita were considerably higher than the OECD average of 147 days and 84.1% respectively. The most significant movement came in “Enforcing Contracts” where Serbia slipped 16 positions from the previous year to rank at 116th, owing to an increase in legal costs from 31.3% of the claim in 2013 to 34.0% in 2014 and the large amount of time, at 635 days, that it takes to resolve a dispute versus 441 days for the Europe and Central Asia average.

Following considerable upheaval, as a result of the Balkan War of the 1990s in the former Yugoslavia, and after the ousting of Slobodan Milosevic, Serbia’s newly elected government began a path of reforms in 2000 aimed at full democratisation and the establishment of a free market economy, resulting in solid economic growth that averaged 5.1% yearly in real terms between 2000 and 2007. The ensuing global financial crisis of 2008-2009 negatively affected annual real GDP growth, which slowed to 3.5% in 2008 and contracted by 3.5% in 2009. Whilst the economy achieved positive but subdued annual real GDP growth in 2010 and 2011, real annual GDP contracted by 1.7% in 2012 because of anaemic consumer expenditure and weak exports (owing to fragile external conditions), despite a push in government spending prior to the 2012 general election. Nevertheless, greater demand for automotive exports saw real annual GDP grow by 1.8% in 2013 with 2.0% expected in 2014.

Inflation was high at 7.3% in 2012, owing to an increase in food prices, and with a 10.0% hike in domestic energy tariffs in August 2013, inflation remained elevated at 7.9% in 2013. Government finances were stretched with a general government budget deficit of 6.8% and public debt of 62.5% in 2012, partly owing to an increase in government spending in the run-up to the 2012 general election. Nonperforming loans were large increasing from 8.4% of total gross loans in 2007 to 19.2% in 2012, as most of the loans are denominated in foreign currencies and are subject to exchange rates fluctuations. However, lax bank corporate lending has also been a contributing factor to the growth of nonperforming loans. Challenges in the business environment and elusive economic growth prospects have dented business confidence.

Serbia’s ranking in the World Bank’s Political Stability and Absence of Violence Index continued to improve dramatically from 173rd out of 188 countries in 2000 to 123rd out of 203 countries in 2012, as a result of greater political stability following the Balkan War but was nevertheless still low because of episodes of violence following Kosovo’s independence in 2008 and at the 2010 Pride Parade. Its ranking was better than Bosnia-Herzegovina (143rd) but worse than Montenegro (70th) in 2012. The index measures the perceptions of the likelihood that the government will be destabilised or overthrown by unconstitutional or violent means.

In the World Bank’s Regulatory Quality Index, Serbia ranked 100th out of 202 countries in 2012 versus 121st out of 201 countries in 2007. The improvement in ranking was due to strides made in the business environment after the Balkan War but the low position can be attributed to the lack of progress in privatisation of state-owned enterprises. Its 2012 ranking compared favourably with Moldova (104th) but was below Bosnia-Herzegovina (99th) and Montenegro (95th) in 2012. This index measures the perceptions of the ability of the government to formulate and implement sound policies that permit and promote private sector development.

Serbia ranked 101st out of 148 economies in the GCI 2013 versus 95th out of 144 economies in the GCI 2012. Its ranking in the GCI 2013 was the lowest in Eastern Europe versus Bosnia-Herzegovina (87th), Croatia (75th) and Montenegro (67th), owing to the lack of business sophistication, as well as weak institutions and an ineffective legal framework for challenging regulations and dispute settlement. Indeed, whilst its best performing category was “Technological Readiness” (60th), “Business sophistication” achieved the lowest ranking at 137th.

Corruption is a major issue in Serbia, ranking 72nd out of 177 countries in Transparency International’s Corruption Perception Index 2013, although its ranking improved from 80th out of 176 countries in 2012. It equalled Bosnia-Herzegovina’s ranking but was out-ranked by Montenegro at 67th in the 2013 index. 61.0% of the populace believe that the government is unsuccessful in dealing with corruption. As well as being party to several anti-corruption conventions created by Europe and the United Nations in the 2000s, Serbia formed the Anti-Corruption Agency in 2010 to tackle this pervasive problem. The 2012 general election was fought by the Serbian Progressive Party on an anti-corruption mandate and in 2014 the state prosecutor brought charges against 63 people for corruption linked to privatisations.