There are currently around 50 franchises functioning in Serbia, 80
percent of which are foreign, most often for the distribution of
products. Both in the world and in our country the percentage of those
who close down a franchise business is much smaller than in the case
of independent entrepreneurship. This statistics is crucial for some
when deciding to start a job even at the time of a crisis, writes
Aleksandra Galić in the Belgrade based magazine Business and Finance. 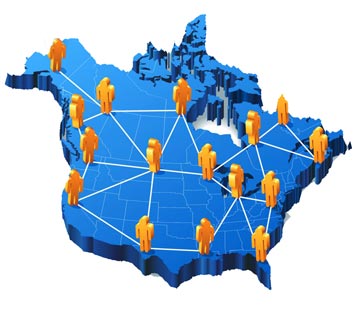 First, cold drinks, then sandwiches and French fries, pies and hot
beverages and, finally, ice cream. This is the obligatory order when
laying out food for guests, on a platter. Potatoes are salted
exclusively in the form of an extended letter M, and all the
sandwiches in the restaurant, if they are not sold, are thrown away
after 10 minutes. This is so at all the McDonald’s restaurants, in all
the countries of the world. The appearance of the restaurant is
precisely determined, while the rules of work and the procedures for
the employees are defined to the very last detail. McDonald’s
represents one of the most famous franchise conditions for doing
business in the world. In order to open a McDonald’s restaurant, the
franchise owner must pay 60 percent of the costs of the facility’s
construction and another 45 thousand US dollars as the starting price.
In order to be taken into consideration for a McDonald’s franchise an
individual must possess a minimum of 200 thousand US dollars and sign
a 20-year contract.
The European franchise market, according to the publicly available
data, is worth 80 billion euros, and the companies operating according
to this model employ around 900,000 people. Practice has confirmed the
fact that, in the first few years of operation, around 90 percent of
the formed small and medium-sized enterprises fall the ruin. In the
case of franchises, only five percent of the companies experience
failure. In Serbia as well, the percentage of those who close down a
franchise job is much smaller than in the case of independent
entrepreneurship.
This statistics was crucial for some when deciding to start a business
even at the time of a crisis. One of them is Saša Milutinović who has
been, since recently, the agent for the franchise of Husse, a company
engaged in the sale of pet food. A survey showing that, over the past
five years, the demand for pet food increased by 65 percent, was
enough for him to decide to purchase this franchise.
“For six months, I kept weighing out whether to engage in the job or
not. My sister and brother-in-law live in Sweden, where this franchise
originates from, which was an additional reason in favor of this, says
Milutinović. The job started in August, and he is satisfied for now:
he has the full help of the franchise provider, and the contract has
precisely regulated who has the rights and obligations. This franchise
is charged according to the number of inhabitants, around 0.005 euro
cents per inhabitant of the territory for which the franchise is being
taken.
Ivana Šaljić, currently a housewife in Belgrade, recently started
negotiations with the owners of the Dve Šmizle company.
“For the beginning, they requested that I equip their store according
to their design. To start with, I also have to purchase goods in the
value of around 3,000 euros, and the monthly franchise is another 50
euros”, explains Ivana Šaljić.

selling and purchasing prices leaves enough space for paying all the
expenses and for acquiring profit, for the training of salesmen, and
for support in crisis periods…
The initial sum that needs to be allocated differs from franchise to
franchise, but these are certain tentative expenses. At the signing of
the contract one pays the initial fee and expenses. The amount that is
paid to the franchise owner for the know-how or for the business
system is most often irretrievable. One occasionally also pays the
price of the royalties, expressed in percentage points in a certain
period compared to the gross wage. Every initial calculation should
also include the costs of the leasing, construction and equipping of
the business space and inventory. Then there are also the costs of the
operating license and insurance. Certain providers also request a fee
for the “ceremonial opening” so as to promote, with the franchise
receiver, the new selling place, while others offer this within the
franchise package. Also, the costs of advertising are paid quarterly
or annually into a joint coffer. Such an approach to the whole chain
gives strength and security, because it possesses more money than each
individual link. The expenses are paid in at a certain percentage of
the total business operations. This is the advantage of the franchise
business, as it provides small franchise receivers with the same
volume of advertising and the entire chain. Royalties, i.e. the
license fee are the costs for the use of the provider’s name, brand
and visual identity. However, quite a few franchise owners do not
request them. At issue are mostly franchises in which the provider
sells certain products as well.
“All the surveys have shown that very rarely does the launching of a
business in the franchise system fail to succeed, and even when this
does happen, it is most often because the provider did not abide by
the work system and procedures. The provider has already passed
through the learning process and has acquired experience through the
method of attempts and mistakes, and has learned the secret of success
for specific business operations. In the franchise form of doing
business the provider’s entire experience is passed on to the
receiver. This is the main reason for the purchase of a franchise –
reducing the risk and choosing the best possible opportunities for
success, says Marica Vidanović, independent advisor at the Franchising
Center of the Serbian Chamber of Commerce.
Experts believe that there is yet another reason in favor of opting
for a franchise – the fact that all the financial costs of such a
business can be foreseen in advance. When one is starting a business
alone, these are mostly “blind business operations”. Practice has
shown that a franchise business leads to fast growth because it is
easier to obtain capital for expansion. As the contents of the
franchise broadens, the name becomes increasingly recognizable, and
most people link size with success.
“Franchises are good, because they are already tested recipes and,
essentially, they request a smaller amount of investment funds. Here,
entrepreneurs, by entering the franchise chain, obtain an already well
known brand, the know-how and a developed business system.
Practically, in their hands are tools for launching a business without
major investments, believes Boris Popovski, trade advisor at the US
embassy in Belgrade.
He believes that franchising can play a useful role in the
strengthening of commercial ties between Serbia and the US. This was
one of the reasons for the American embassy to support to founding of
the Franchising Center within the Serbian Chamber of Commerce. The
goal of this institution is to be in the function of a channel between
US franchisers interested in the Serbian market and Serbian
entrepreneurs willing to establish their businesses by purchasing the
American franchising concept.
Nevertheless, the fact that not everything is “rosy” on the
franchising market is confirmed by the Fornetti company, dealing with
the sale of pastries. The crisis is felt, they say, but not so much in
the sale of the franchise as in the sale of the final product.
“Before the crisis, the buyers of our franchise needed a week, at the
most, to decide whether to start the job or not. Today, as much as ten
or so days pass from the moment when they call us to inquire about the
terms. After that period we call them, then we talk some more, and as
many as 20 or so days pass until they decide to enter the business”,
explains Kornelia Šild-Ferenc, the company’s commercial director.
“A double-edged sword” in the franchise business can also be the
specificity of different markets. In practice, what proved to be
successful on one market does not have to be successful on another.
“The very fact that the franchise receiver possesses the basis for
business, the know-how and technology, does not guarantee his success.
The choice of the right personnel, enthusiasm, knowledge, team work,
motivation and the recognition of business opportunities are also
important for finding the right road towards an optimal balance of
knowledge and technology on the given market”, says Obrad Sikimić,
chairman of the management board of the Serbian Association for the
Development of Franchising.
However, good will and money are not enough for a franchise to be
obtained. “The most frequent reasons for the franchise provider to
refuse the request of someone who would like to launch a job is the
assessment that the person is not “sufficiently inspired” by the
concept. Secondly, many would like to start a franchise job along with
a multitude of other jobs, but sometimes the company providing the
franchise does not like this and requests that the investor be engaged
only in its business”, says Edita Bečić, a franchise consultant.
The most frequent form of franchising in our country is the
franchising of the distribution of products. In Serbia there are now
around 50 franchises, 80 percent of which are foreign.