How regulated a business environment and society are is also judged
by how regulated, reliable and available statistical data are. Before
you read this article, try to obtain the data and calculations as to,
for example, how much fruit and vegetables are produced in Serbia,
and the purpose for writing this article will immediately become
clear to you reads the article in monthly magazine Biznis i Finansije
(Business and Finance) in its April issue.

Although progress was registered in the past six years in the
development of domestic statistics, serious weaknesses are still
obvious. How does one explain, for instance, the fact that it is not
possible to obtain an overview until a specific date regarding the
exact amount of the stocks of steel in Serbia? “In the state we have
one big producer and several wholesalers for this important raw
material. We have records on imports and exports of steel. We have a
serious demand for steel, to mention only the automobile industry. 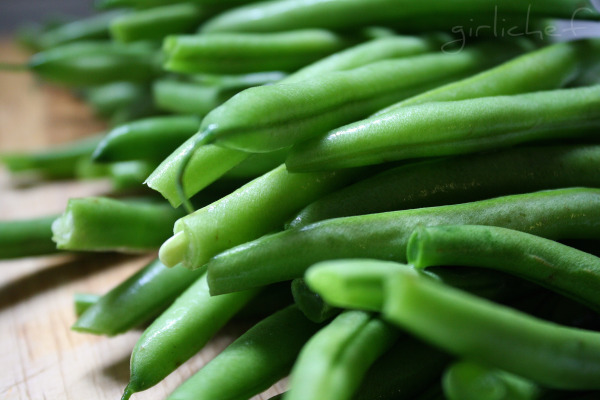 Why is it then so difficult to obtain an overview of the state of the
stocks?”, says Belgrade Economics Faculty Professor Slobodan
Aćimović, speaking about the state of the domestic statistics. The
mentioned example becomes even more absurd if one bears in mind the
fact that there is a multitude of institutions in Serbia offering
statistical data: the Republic Office of Statistics, the National
Bank, ministries and their administrations, chambers of commerce,
business associations, local bodies of self-government and individual
companies. The information is so diversified that the collection,
sorting and crossing of data is literally a painstaking job,
describes the interviewee. “We had a lot of problems while working on
the project of the City Green Market to obtain data on how much fruit
and vegetables is produced, imported and exported from Serbia. When
we tried to cross the data from so many different sources, we had to
abandon the idea and to apply the methodology of anticipation
according to the consumer basket. We gave up because, on the basis of
the collected data, we obtained a calculation which is strange, to
say the least. For example, that an average citizen of Serbia eats
daily two kilograms of string beans!?”

The manager for relations with state bodies at Japan Tobacco
International, Vuk Pribić, believes that one can, nevertheless, rely
on certain information. “If we are speaking about data referring to
the growth of consumer prices at the end of a period – for example at
the end of 2010, it is noticeable that the data of the Office of
Statistics, the Finance Ministry and the National Bank of Serbia
coincide. This is also the case when you analyze the growth of the
GDP in the previous year, so that the mentioned sources are assessed
at our company as being competent for drawing up and planning
business activities”, says Pribić.

Companies expect data on foreign trade, the unemployment rate, the
structure of the labor force, on average wages and so on to be
equally reliable. However, a deeper analysis of the available data
points to weaknesses, for which Pribić gives the following example:
“The data on the growth of consumer prices for the previous month are
published in the first two weeks of the current month, which is
alright, while, for example, the data on the consumer basket for
January of the current year have still not been published even though
we are in April”.

What Do We Not Know

It is obvious that Serbia has a problem with the updating of
information, agrees Violeta Jovanović, executive director of the
National Alliance for Local Economic Development (NALED) and proposes
that institutions additionally charge their processing, but, in
return, to do the job up to date, precisely and to ensure the
availability of information. “What is missing from the information,
but which is very important for companies are detail market analyses,
including the trends of salaries, public revenues and public
spending, the level of investments, operative costs, the index of the
economy’s local burdens… These reports are mostly prepared by
business associations at the request of their members from their own
or from donors’ funds, depending on the topic. Of importance for the
economy and for new investors is concrete information on how far have
things gone, what is being planned in regard to the realization of
infrastructure projects and in which period”, says Jovanović.

The owner of the Petite Geneve Petrović company, Sava Petrović,
speaks the least favorable of all the interviewees about the quality
of domestic statistics. “It seems to me that sometimes totally flat
data and estimates are used, for which I sometimes ask whether they
have anything to do with reality?” The interviewee added that he
would be very interested in knowing the share of the state debt
towards the economy and the citizens in the total claims, but the
state, which does not even have complete records of its own assets,
treats this issue as an image in the mirror – how big the claims
against the citizens and the economy are.

At a time of transition, all sorts of things are being presented as
world standards, without even the elementary ones being fulfilled,
says Professor Aćimović, giving as an example the fact that “until
several years ago certain automobile importers did not have precise
data about the number of imported vehicles”. On the other hand,
certain new legal solutions are contributing to statistical
confusion, such as the new rules of the Law on the Protection of
Competition, where one commercial company must not reveal to another
how many pieces of a certain commodity had it obtained from a third
company. “We can understand that the price or discount can be treated
as a secret, but why can’t the information about amount be public?
This is statistically important information. Domestic companies do
not publish a lot of the information which their colleagues abroad
are glad to share with the public, from the volume of production, to
the income and number of employees”, stated Aćimović.

The lack of reliable statistical data is discouraging investors, our
interviewees agreed. “The most serious problem is the lack of
adequate statistical projections for the period of three to five
years, except the memorandum on the budget and certain NBS
projections. Most important of all for every foreign investor is the
predictability of the economic environment, so that precise
projections of macroeconomic indicators are crucial for a successful
and competitive economy”, emphasizes Vuk Pribić of JTI.

However, the diversification of the sources is also a major problem,
assessed Professor Aćimović, describing such a situation as a
veritable trap for investors. “When interested investors realize how
difficult it is to obtain reliable information the regular way, they
are often compelled to address structures of power. This is, of
course, something all the authorities like because, if the investment
is realized, the political benefit will go to the one who had
“hosted” the investor at his institution, and provided him with
information which clerks collect, more or less successfully, ex
officio”. Information is power, and the situation in Serbia is such
that every important piece of information is perceived as an
opportunity for holding a monopoly on information, even within the
same institutions or companies. For this reason, Aćimović concluded,
it will be possible to judge a business environment and society also
on the extent to which our statistical data are regulated, reliable
and available.