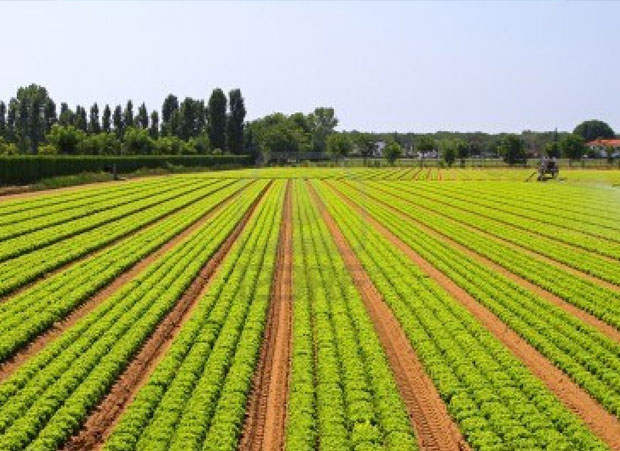 All of us in Serbia work, to a certain extent, for the profit of big players in the agribusiness, either as farmers or as consumers. In a situation when there is not a sufficient amount of serious international competition, and especially no adequate quality inspection, and while primary agricultural production is largely disintegrated and inefficient, the big are in a position arbitrarily to rank the quality of both raw material and final products, and to dictate the prices of the purchase and sale. They are, at the same time, the biggest advocates of linear subsidies for agriculture, so as to be able to continue cheaply to buy raw material, at the same time transferring part of their costs, including their irrationality in their business operations, onto the backs of the tax payers, says Radmilo Pešić, professor of the Faculty of Agriculture in Belgrade.

Is Serbia, despite the obvious consequences of the climatic changes and the major disturbances on the world food market, predestined to be self-sufficient in providing food and to have surpluses from which profitable exports can be ensured? When the myth about the bread basket of Europe and domestic food as Serbian oil is reduced to facts, they, according to Belgrade Agriculture Faculty professor Radmilo Pešić, point to the following: Serbia now undoubtedly has quality natural resources – and that’s the end of the good news.
Instead of profitable agriculture, as would be expected in view of the natural potentials, primary production is the most vulnerable link in the chain from the field to the dining table. It is disintegrated, broken up, outdated, inefficient and structurally non-harmonized with the food industry, starting from the ownership structure which, approximately, hardly exceeds three hectares, to the average age structure of agricultural producers, 45% of whom are above the age of 50. “I am afraid that the upcoming population census will show that the situation is even worse than during the previous census in 2002 – that the average size of a farm has been somewhat enlarged, but that the demographic indicators are even more alarming”.
Contrary to the atomization of agriculture, the food industry is highly concentrated, highly centralized, still quite protected from international competition, and it is also the source of profitable jobs. Asked whether, in the race with high profit, food production and processing is a logical choice of domestic tycoons and why, Pešić says that it is not only the situation on the domestic market that is playing into their hands, but on the world market as well. “This is a global trend. Along with the pharmaceutical, IT and chemical industries, bio-technology and food production are also highly profitable everywhere in the world today.
We are witnessing a major growth of the prices of food on the global market, which is primarily the result of the climatic changes, the fact that, for the first time in the history of mankind, a larger number of people live in cities than in rural areas and quite certainly the growing demand for quality food in developing countries, such as China and India, whose population no longer satisfies itself with a handful of rice per day. For this reason it comes as no surprise that, over the past five or six years, the world’s food reserves, especially of grains, have been very small and that they are constantly on the decline, especially since an increasingly large part of them, 70 to 80 percent goes into further production, primarily for meat production. All this led to serious changes in the world’s agrarian sector, and since the demand is striving to surpass the supply, the food industry, despite the growth of the prices of raw material, i.e. its own expenditures, can dictate the prices of its own products, thus drawing high profits”.

Both Farmers and Consumers Blackmailed

An additional generator of the high profits in the domestic agribusiness is the concentration of the supply of food products. The domestic food industry is in the position to dictate the prices of the purchase of raw material, but also considerably to act in a monopolistic manner in the sale of finished products on the market. “The loudest protests against the liberalization of the food market can be heard precisely from representatives of this industry, but not from farmers. The protagonists of big agribusiness are hiding their interests behind the concern that foreign competition will additionally aggravate the already bad situation in villages. However, the lack of competition guarantees profits primarily to them, and not to primary producers, who, being small and disunited, are not in the position to dictate prices. Quite indicative is the trend according to which large food producers are now endeavoring also to engage in the primarily production of agricultural raw material, in order to ensure greater stability, which is logical and in accordance with what is happening in the world”.
However, the interviewee underlined, obvious in domestic production is a lack of international players and real competition, which is additionally undermining the position of small agricultural producers. There are two solutions for this problem: either to concentrate primary production, or to centralize it. Centralization implies merging. However, that process in Serbia is proceeding very slowly and uncertainly, since, generally speaking, we are not inclined towards self-organizing. On the other hand, the concentration of production requires the appearance of new big primary product producers. In that context the state could play an important role in order to stimulate the enlargement of agricultural estates, especially those owned by young households, which should find themselves in the focus of a stimulating agrarian and rural policy.
“I am a big opponent of linear subsidies, the thing the rich like the most. Big agribusiness in Serbia often points out that the European Union subsidizes agricultural production. Why do they insist on that argument? In order to be able to continue to buy cheap raw material. Large players hope that, with linear subsidies, the state will make it possible for small farmers, as primary producers, to receive just enough to be able to survive on the market, with the big and strong becoming even more profitable. On the other hand, it has transpired that the joint EU agrarian policy is the weakest link of the European policy. Even its key creators are aware of this, and one can also hear increasingly often the opinions that, in the current crisis, the European economy would be in a much better position if the research and development of new technologies had been invested in to the extent to which investments were made in agriculture over the past few decades, due to which changes in the agrarian policy are inevitable”.
Unfortunately, today in Serbia, the claims that the state is not allocating enough for agriculture are largely motivated by the interest to protect the food lobby, which is not only insufficiently exposed to the pressure of foreign competition, but it is not under the pressure of the state as regards serious quality inspection either. This is compelling consumers to eat food that is not of good quality, but is expensive, and, at the same time, it is seriously jeopardizing our export prospects.
Due to the insufficiently organized system, the lack of relevant and independent quality control institutions, such as national laboratories, the domestic food industry is in the position, on the one hand, arbitrarily to rank the quality of raw material and, thus, to fare cheaper, while using holes in the system to trick consumers. For this reason the assessments about exceptional prospects for domestic food on the EU market are largely a deception, as this requires primarily good and stable production. Only as such can it be competitive on the EU market. And this is what we still lack, said our interlocutor resolutely. Furthermore, he added, “the subsidizing of large players in the agribusiness means transferring part of their expenditures onto tax payers. With the introduction of linear subsidies domestic consumers would be damaged twice: not only because of the spending of an increasingly large part of the family budget on food which is not always of guaranteed quality, but also because of the covering of irrationalities in business operations and the losses of those who make profit on them with their speculative activities”.
Price risks

As regards Serbia’s self-sufficiency in conditions of the increasingly radical consequences of climatic changes, despite the very bad forecasts for this part of Europe, the present resources could satisfy the population’s needs provided that the state does more to improve the agricultural infrastructure. “The fact is that this costs a lot and that, in the current economic situation, this money cannot be provided from the budget, but the existing funds could be used much more rationally, at least for preserving what we already have. I believe it is much better to invest in the maintenance of the irrigation systems, where they already exist, than to offer incentives to foreign investors. Another potential problem which our agricultural resources will be faced with is the general deterioration of the quality of the environment, present in non-urban environments as well. In the long run, this can, unfortunately, undermine our potentially good resource basis for quality production and for self-sufficiency”.
For this reason, the same general precondition applies to the improvement of domestic agriculture and agribusiness as to other industries – the development of production based on the implementation of scientific achievements and modern technologies. At the same time, the state much conduct a far more active policy of the purchase of agricultural products, which would open more constructive possibilities for conducting the agricultural policy, including the alleviation of price differences. “I believe the state should cover the price difference with an active policy of forming market reserves, and not of so-called emergency reserves for the event of natural disasters or major social instabilities. It would be good for the state, instead of subsidizing production, to conduct a long-term policy of guaranteeing the buy-up, as this would protect the primary producers who have produced something, and not subsidize everyone, including those engaged in agriculture out of speculative motives. An active policy of managing market reserves can reduce the risks coming from the world market. It is realistic to expect the prices of food to grow on the world market in the next five to 10 years. To all intents and purposes, what is happening to food today are not fluctuations caused by speculative activities on the stock exchange, but rather at issue is a long-term trend, behind which lies a combination of realistic causes. Our agrarian policy must adapt to such conditions as soon as possible”.