One of the examples of how good ideas take an unbelievable turn in the
domestic practice is also the stimulation of welfare entrepreneurship,
as a market way of reducing long-term unemployment and poverty. Much
more present in Serbia are debate between the state, experts and “old
and “new” welfare companies about who is endangering who in this
business, than the volume and quality of this type of support to
vulnerable groups, writes Milica Milovanović. 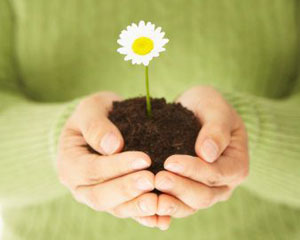 In Serbia, there are currently around 1,160 legal entities engaged in
welfare entrepreneurship, and they include private and state-owned
companies, non-governmental organizations, citizens’ associations,
cooperatives… There is a unanimous stand only regarding the goal to
help, in this manner, marginalized social groups to join the labor
market and to reduce poverty, while every else is unclear: from the
definition of what a welfare company is and under which legal form can
it register, to the legal regulation of the business operations
themselves and the system of financial benefits for their work.

Heated debated on these topics are conducted not only with the state
and among the professional public, but also among companies
themselves. On the one hand, “old companies”, founded mostly at the
time of the self-management system and social capital, which survived
the 1990s and the first part of the transition, and which operate
today in a veritable limbo, have been left to themselves and to
sporadic assistance from the state. Opposed to them are new micro and
small companies, led by people mostly from the non-governmental
sector, founded around someone’s good idea to ensure, through
entrepreneurship, jobs for disabled persons, young people without
working experience, elderly people left without jobs by the
privatization and other marginalized groups.

What are these two groups at odds about? Željko Ilić from the Forum of
young people with disabilities criticizes state-owned companies
engaged in welfare entrepreneurship of “repeating mistakes from the
past, persistently adhering to the old practice, having “unchangeable”
manager and believes, like before, that someone else will cover their
losses”. As an example he mentioned the today of the Belgrade Assembly
to the Lola Preduzetništvo state-owned company, which, according to
him, represents support to unsustainable business operations, and not
an investment that will ensure profitable programs and employment,
which is the purpose of welfare companies. The director of Lola

Preduzetništvo, Žarko Milićević, however, points out that the City’s
money is intended for completing the construction of a new production
plant, for which this company had provided half of the necessary
funds, and that all the equipment for the future factory of frozen
pastry and cakes had already been acquired. At the company with 86
employees, 48 are people with disabilities and it is necessary to
provide work for them.

Lola Preduzetništvo was founded in 1997 with the goal of reducing the
consequences of the sacking of redundant labor at Lola Korporacija.
After having been transformed from a socially-owned into a state-owned
company, it launched the restructuring process which turned into
“business insanity”. Firstly, Milićević underlined, because no one is
willing to work with w company which, by referring to restructuring
can keep avoiding its obligations. But this is not the end of the
story about damage from state assistance. The Law on the Professional
Rehabilitation and Employment of Disabled Persons says that every
company must employ a certain number of such people or to engage a
company employing them, in order to avoid paying penalties. Milićević
mentions the example of the unsuccessful talks with a company that has
two thousand employees, meaning that, under the mentioned Law, it
would have to employ 42 people with disabilities or to engage a
company such as Lola Preduzetništvo. The owner preferred to pay
penalties to the state, and this is why: “If I were to sign a contract
with Lola, I would have to pay 45 million dinars a year in advance,
because that is what the Law prescribed. Which company in Serbia has
so much money at its disposal at a time of a crisis, when practically
two thirds of the companies are illiquid and when there are there is
not a sufficient number of favorable credits for circulating assets?”
So, this form of state support as well, came to nothing in practice”,
he concluded.

On the other hand, 800 million dinars last year poured into the Fund
for Employing Persons with Disabilities. Through the National
Employment Service (NSZ), the state is directing that money towards
programs for the professional training of unemployed persons and for
benefits for employers who decide to engage them. Mile Novocikić of
the NSZ Belgrade says currently that currently being realized are
eight programs for the employment and self-employment of persons with
disabilities, and that in preparation are projects for public works,
“with the goal of ensuring jobs for people who find it hard to find
jobs, as well as those with a lower level of education”. As regards
the stimulating of employers, through the NSZ the state is offering
subsidies on wages on an employed disabled person without working
experience, it refunds part of the profit to the person helping a
disabled person at the work place, and offer the one-off coverage of
the costs of the adaptation of the work place to the needs of these
employees, maximally to the amount of 300 thousand dinars.

Persons with disabilities are only part of the social groups for which
the support of welfare companies is intended. However, even though the
consequences of social stratification in the transition process in
Serbia are increasingly visible, the Law on Companies does not
recognized the legal form of a “welfare company”, while the Law on
Cooperatives only mentions welfare cooperatives, without any
additional explanation. The situation is even less clear in practice,
so that functioning as welfare companies are limited liability
companies, non-governmental organizations, citizens’ associations,
cooperatives… Experts are also divided over whether this segment
should be legally regulated with amendments to the present
regulations, or whether it is more efficient for it to be regulated
within the umbrella Law on Welfare Entrepreneurship.

The next question is whether the state should offer benefits to such
companies and in what form: the reduction of contributions, the relief
of the value added tax, giving them advantage in the public
procurement procedure… Gordan Velev of the Group 484 believes that the
state would offer a major stimulation to welfare entrepreneurship if
it would accept the initiative for various types of tax benefits that
are applied in developed countries, and whose experiences show that
this is the way to fill the budget and not to empty it: “Welfare
companies make 10% of the European Union’s GDP which is why I believe
the state would earn through tax benefits, since it would be able,
after a certain period of time, to erase from the list for social
considerations people employed in welfare companies. Thus, benefits
would represent an addition to market mechanisms in resolving the
problem of unemployment”, Velev underlined.

A counter argument to such an initiative is that, in a situation when
the budget has been made very tightly, and when laws are changed
slowly, it is necessary to take advantage of the opportunities offered
by the existing regulations. Jelena Milovanović of the Office of the
Deputy Prime Minister for Social Inclusion and Poverty Reduction says
that there are no bans or obstacles to the foundation of welfare
companies in one of the mentioned forms, while there exist adequate
sources for the financing of their work: limited liability companies
have subsidized state credits, funds from the NSZ or bank credits at
their disposal, and, along with all that, cooperatives can try to
obtain money for stimulating entrepreneurship in underdeveloped
regions, while associations and NGOs can compete, with their projects,
for donors’ money. Milovanović also mentions the experience of
developed countries, but with a different message: “Some forty types
of social entrepreneurship function in developed countries – in most
cases the access is on the business aspect, and not so much on
subsidies, tax credits and benefits”.