Once the Serbian government presents a concrete plan for the revision of this year’s budget and when, by the end of the year, it offers a draft budget for 2012, it will be clear how much it has succumbed to the pressure of the election campaign, and how much it has managed to show readiness to identify itself, in the face of the new world crisis, and before investors, with a firm budget policy and with the respect of the Law on the Budget System, writes the September issue of the Biznis i Finansije (BIF) magazine. 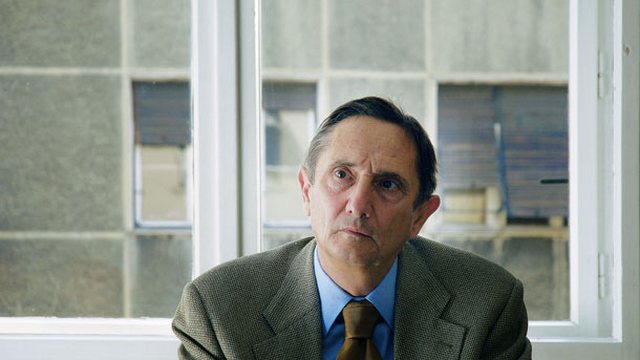 The fact that the revision is being carried out in a situation when, after 2008, Serbia once again needs the “economic supervision” of the International Monetary Fund in the form of an arrangement out of precaution, and not a stand-by arrangement, makes this revision somewhat different that usual.

“This time, the arrangement with the IMF also includes this year’s revision, as well as the budget for next year. The elements of the revision are a precondition for an agreement. In practice this means that, in December, the IMF will be assessing how we have been executing this revision”, explains Pavle Petrović, chairman of the Fiscal Council and one of the participants in the talks with the IMF.

Even if this precondition did not exist, a “redistribution” of money in the state coffer would be an inevitability. It was announced already during the reshuffle of the Serbian government, and it is also necessary in view of the poor planning of the size of the inflation, but also because of the shortfall in the revenues, the increase in the planned expenditures, as well as the new law on the financing of local self-government.

The budget has been projected in accordance with the estimate that the growth of the gross domestic product (GDP) in 2011 will be three percent, and that inflation will remain within the frameworks of 4.5 percent, with a deviation of plus or minus 1.5 percent. Already now, and it has been only half a year, serious cracks are appearing in that projection.
“Many economists have been warning about possible problems already when such a budget was being adopted. The present situation with the poor filling of the state coffer and the increasingly large expenditures comes as no surprise. To criticize the government now for working poorly does not mean much, this will not bring more money, and everything that is happening is to be expected, assessed Danijel Cvjetičanin.

Since 2001, at least once a year the Serbian government “retailored” the state finances. “Since the crisis broke out, one could say that budget revisions have been “political agreements”. For the three revisions in 2009 one could say that they were justified to a certain extent. One could not foresee how sharp the crisis would be, or how smaller the revenues would be than planned”, stated Pavle Petrović, the Fiscal Council chairman. “The biggest danger for this year’s budget revision will be the possible pressure on the expenditure side, for example an increase in subsidies or net budget loans”, said this interviewee of BIF.
“Serbia has to show that it has credibility, that it is heading towards a reduction of the budget deficit and that fiscal rules are being respected, because the deficit in 2011 is four billion euros, and the plan is for it to be one billion euros next year. This means that a good answer to the crisis would be to save around 800 million euros in 2012, explains Petrović.
A revision of this year’s budget, and the budget for 2012 will be only a “dead letter” according Milica Bisić, professor of the Faculty of Economics, Finances and the Administration. There is not even a theoretic chance, she says, for the Law on the Budget Deficit to be “respected”. The cure, Milica Bisić believes, lies in a change of the Law on the Budget System. Even though that would be a bad signal to investors, and the IMF would not view this benevolently either, Bisić says it is, nevertheless, “better even to change it than to break it”.
“In conditions as ours, an end to frequent budget revisions could come only with a reform of the pension and health care insurance, as well as the reorganization and reduction of the number of persons employed in public institutions. Only this is a remedy, but it is not effective on a short-term basis”, explains Milica Bisić.
At the IMF office in Serbia they say it would be best if the authorities themselves would propose credible solutions that would help Serbia keep the deficit and the public debt under control.
“Saving in 2011 and 2012 could be achieved through several steps. They include a reduction of the net budget loans, a strict control of discretionary expenditures for goods and services, as well as a reduction of subsidies. However, the exact combination and timing of the measures are yet to be discussed, especially because the fiscal gap will quite likely be bigger because of the law on decentralization”, says Bogdan Lissovolik, resident representative of the International Monetary Fund in Belgrade.
The president of the United Regions of Serbia (URS), Mlađan Dinkić, claims that the proposal of the URS provides for the saving of around 60 billion dinars. The new budget revision and the proposal of the budget for next year will show how correct his calculations are.
The key problems which are the causes of the budget revision will continue to exist. “Very little has been done on the transformation of the public sector, and there is no clear plan for transforming into state ownership companies such as Magnohrom and the like. These companies spend a lot of money from the budget because they cannot survive on their own and this is why we have larger expenditures, an increasing number of credit obligations and a semblance of social peace. In election year, the state is buying time”, says Saša Đogović, of the Marketing Research Institute.

Many economists believe that the transition and reforms have stopped halfway and that they are, actually, the essential reason of all our macroeconomic problems. A big problem also lies in the fact that there is no production and no industry.
“We were the first to launch the transition, but compared to our region we are towards the bottom. We need to strengthen exports, the energy sector, agriculture and to develop the infrastructure. The state should reduce public spending, reorient from current to capital expenditures, we need a reform of the public sector and a renewal of the industry. Then there will be no problem with the filling of the budget, says Nikola Pavičić, a businessman and, since recently, the advisor to the Serbian deputy prime minister.

This also means a reform on the revenue side of the budget. “Within the economic policy measures that are to stimulate a transition to a sustainable model of economic growth, it is quite certainly justified to reexamine the structure of the tax system and the stimuli it creates. Thus, the transfer of the tax burden from earnings to spending, i.e. an increase in the VAT rate by several percentage points in order to enable a considerable reduction of taxes and contributions on salaries, would stimulate employment and production, i.e. it would stimulate the partial substitution of spending with investments and exports. Among part of the public present is the unjustified expectation that a reduction of taxes and contributions on wages could actually increase the total budget revenues, because the total number of registered employees would increase. This mathematics, unfortunately, is not correct and all the countries which opted for such experiments over the past 30 years – did not fare well. For this reason a considerable reduction of taxes and contributions on wages is possible only with a parallel increase in other tax rates, primarily the VAT, says Nikola Altiparmakov, member of the Fiscal Council.

Apart from the budget revision, a serious test for the government’s “good economic intentions” could also be the formation of a development bank. In order for this to happen it is necessary, first of all, to close down all the present agencies, from the Development Fund to other similar bodies, and to concentrate all the money for a development policy within a development bank. Practically everything is finished regarding the concept for a development bank, but it is almost certain that nothing will come of this idea before the elections, because the closing down of a large number of agencies does not suit certain ministries and political parties.