If all the businessmen, bookkeepers, accountants and citizens were to

be forced into one TV set or on one billboard, perhaps they would be
able to find the “single window” promised to them, already a year ago,
by the Serbian prime minister himself. Everyone who wants to, it was
promised, should be able to appear at a window, either of the Pension
and Disability Insurance (PIO) Fund or the Republic Health Insurance
Institute (RZZO), it does not matter which, and to register or cancel
an employ at one place. 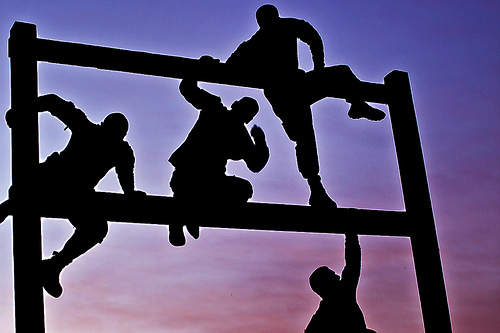 In practice, there is not one window to go to, but a hundred, wrongly
accused tax payers are obliged to fight for their innocence by
themselves, while alongside the guillotine of regulations, the Serbian
administration is producing new counterproductive and senseless rules,
shows a survey carried out by USAID. Six municipalities in eastern
Serbia have received from the Republic Geodetic Institute six
different responses to the same request for receiving a list of
cadastral lots in their area, writes Aleksandra Galić for Business and
Finances (B&F).

In practice, this system is today a semi-finished product, an

unfinished job initiated in the belief that it is useful, but
forgotten in a multitude of other daily political intentions and
obligations. Or to put it in a more illustrative manner, we have a
technical sketch for the steam engine, but we can’t manage to make it,
because the construction team has to engineers and constructors, but
only ‘experts’ in marketing, says Jovan Beara of the business
association of bookkeeping agencies’ owners, explaining the situation
in the field. He corroborates this with numerous examples. “You have
decided to register an employee at the PIO Fund’s window, and you also
need a health insurance card. You presume that the single-window
system functions. However, that is not possible at this window. You
have to take a walk to the RZZO window, where you will present a copy
of the registration form you have already handed in at the PIO Fund’s
window. And only then can you collect the health insurance card”, says
Beara. In the opposite case, if an employer registers an employee at
the RZZO window, with one move he obtains both the registration of the
employee and the health insurance card. However, if an employee wants
to check whether or not his social insurance is registered, at the PIO
window he will receive a negative response. “Not because the
registration was not made, but because PIO and RZZO do not exchange
data, even though regulations require it”, explains the interviewee of
B&F.

However, bureaucracy best shows its real face in the case of pregnant
women. In order for a woman who has had a child to realize her right
to a fee, the employer, along with a request for leave, must also
present 86 different papers, some copies, some originals. At the
Association of Bookkeeping Agencies’ Owners they say that,
realistically, six documents are quite sufficient.
That in our intention to draw closer to the European Union’s standards
as fast as possible we often totally non-critically prescribe norms
and solutions from developed economies,

while, at the same time, we have not been managing for years to get
rid of excessive regulations and procedures, is also attested to by
the extensive survey carried out by the USAID organization in Serbia,
while reviews and analyzes the work of inspection services, in order
to propose manners for unburdening the economy.
The regulations are unclear and they require the interpretation of
different bodies, they say at USAID. These interpretations are
unbinding, uncoordinated, and often even opposed. Thus, economic
entities are punished even when they do business in accordance with
the opinions of the responsible ministries, if the responsible
inspection service adopts the stand that it disagrees with that
opinion. To oblige businessmen to pay a tax for the opinion of the
responsible state bodies is absurd, since the need to obtain an
opinion is the result of deficient regulations. And what is even more
absurd, these opinions are not binding for the acting bodies and they
do not protect the economic entities which had conscientiously
obtained them, they say at USAID.

A similar experience with state institutions is also shared by
companies rallied within the NALED organization.

“If the Tax Administration makes a mistake regarding an economic
entity, it is that entity’s obligation first to discover the mistake,
and then to submit a request for it to be corrected, along with the
presentation of documentation proving that at issue is the Tax
Administration’s mistake and that there are grounds for his request.
Of course, the correcting process lasts days, and it differs from one
branch to another, it can last 10-15 days, so that, if you need a
certificate on the settled obligations, it is possible that you may
not obtain it in time, through no fault of your own”, says Violeta
Jovanović, executive director of the National Alliance for local
economic development.

At the Tax Administration, which annually brings in over eight million
tax returns, they claim that mistakes happen because of the excessive
workload. “However, when a tax payer notices a mistake made by the Tax
Administration, and reports it to us, we make the correction that same
moment. Also, we sometimes also notice certain mistakes. For example,
citizens often make mistakes when filling in tax forms for the
personal income tax. In communication between us and the citizens,
banks or post offices can also make mistakes”, they say at the Tax
Administration. Even though a reform of the tax system was announced
already two years ago, so far practically nothing has happened, so
that people from the economy, apart from the already famous story
about the obligation to pay the VAT in advance, also have unbelievable
administrative problems because of senseless provisions.
The current system of the collection and distribution of the payroll
tax in Serbia obliges employers to pay their employees’ salaries into
special accounts, depending on the municipality where each employer
resides. Such a tax collection mechanism creates big administrative
costs for employers. “A study carried out by FREN has estimated the
total expenditures of employers based on the payment of taxes and
contributions on wages on a number of accounts at nearly half a
billion dinars in 2009”, explains Nikola Altiparmarkov, member of the
Fiscal Council and one of the authors of FREN.

The complaints of businessmen against complicated and, what they view
as senseless bureaucratic procedures, keep arriving every day also at
the address of the Serbian Employers’ Union. One of the latest
complaints arrived from Hemodom, a company engaged in the production
of means for washing an degreasing in the chemical industry. Under the
new decision of the Agency for Chemicals the registration of so-called
biocidic products (shampoos, detergents, substances of organic origin
in the chemical industry), according to this company’s calculations,
now costs even up to 1,550,000 dinars per product. Before the
establishment of the Agency for Chemicals, the entire registration and
the testing of these products cost between 14,000 and 42,000 dinars.
As it is well known, we are still not in the EU. Our regulations and
decisions do not apply to the EU countries, while the Agency has set
for us a system of work and expenses like in Sweden, from which they
have taken over the model. As if we and they are at the same economic
level, they say at Hemodom.

And finally, in the case of business and money, perhaps one can find a
bit of understanding for various bureaucratic procedures. However, in
Serbia not even voluntary work goes without “heap of paper”. Members
of the Zrenjanin Business Club (ZREPOK) have felt this on their own
project. Last year, they signed an agreement on cooperation with the
Technical Faculty in Zrenjanin. The idea was to make it possible for
students to perform voluntary professional practice in companies that
are members of this association. The agreement implied that the best
students are to receive scholarships, and to be relieved of paying the
costs of the master studies. A similar agreement was also signed by
the city authorities in Zrenjanin. And this is how things would have
been if the Ministry of Labor and Social Affairs had not interfered.
According to their interpretation, voluntary professional practice is
not possible because students are engaged in profit-making companies.
Members of ZREPOK have resolved the problem, according to lawyer’s
advice, by renaming the term “voluntary professional practice” into
“summer professional practice”, and placed the whole matter outside
the ministry’s jurisdiction.

Apart from the problems in the state’s communication with the economy,
due to the complicated procedures, not rare are even the public
administration’s problems with the public administration. Thus,
recently, six municipalities from eastern Serbia called on the
Republic Geodetic Institute to forwards to them a list of cadastral
lots in their municipalities. Each municipality received a different
answer, after a different period of time and a different amount which
they need to pay. One even received a letter informing it that due to
“limitations and the technical inability of the programs” they are
unable to present them with such type of information.