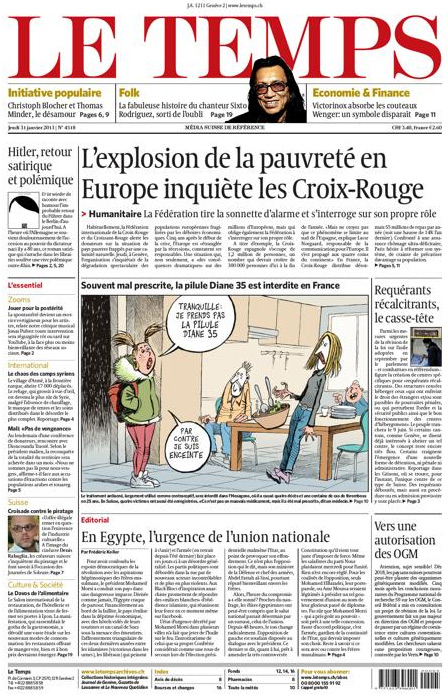 Five years after the start of the crisis, Europe is still “choked by recession”, warns The International Federation of Red Cross and Red Crescent Societies (IFRC).

In the light of this situation, the federation wonders about the role it should play on a continent that has typically been a source for donations rather a destination for missions. 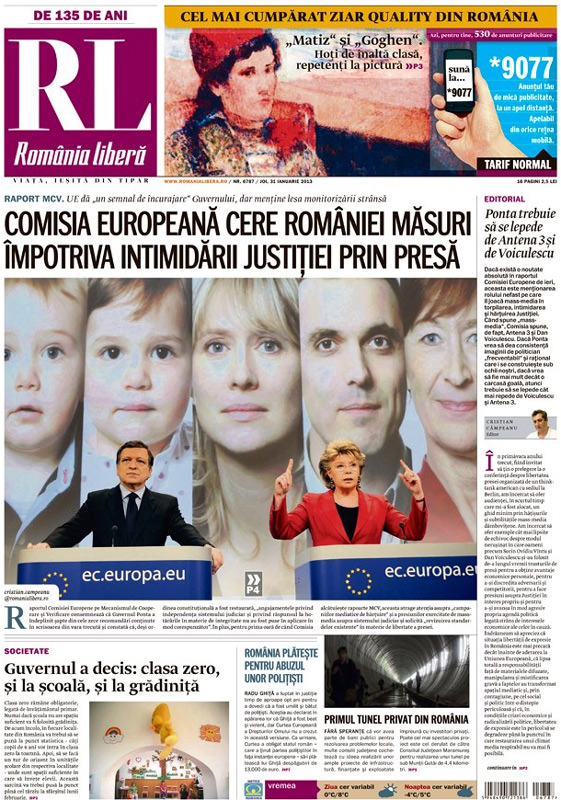 The European Commission’s latest report on the Cooperation and Verification Mechanism for Romania’s justice system, established to pave the way for the country’s inclusion in the Schengen Area, has concluded that the government in Bucharest has fulfilled seven of the 10 recommandations contained in the previous report. However, it also notes that, although the rule of the constitution has been restored, “commitments on the independence of the justice system have not been implemented.”

In particular, the Commission has highlighted pressure on state institutions, a lack of respect for the independence of the judiciary, intimidation and even “media harassment” of judges, and has demanded safeguards to guarantee the existence of a free and pluralistic media. 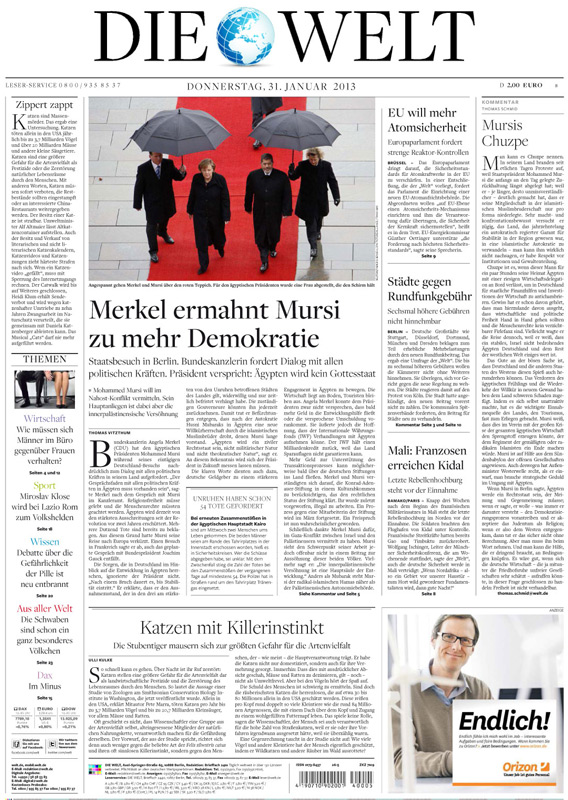 On January 30, as Egyptian President Mohamed Morsi made his first visit to Germany, Chancellor Angela Merkel asked the new leader to engage in a dialogue with all the political forces in his country and to ensure respect for freedom of religion and human rights.

Morsi declared that “Egypt will be governed by a rule of law which is neither military nor theocratic.” He had to cancel the French stop on his European trip in order to return to Egypt to help resolve several days of violent street protest. 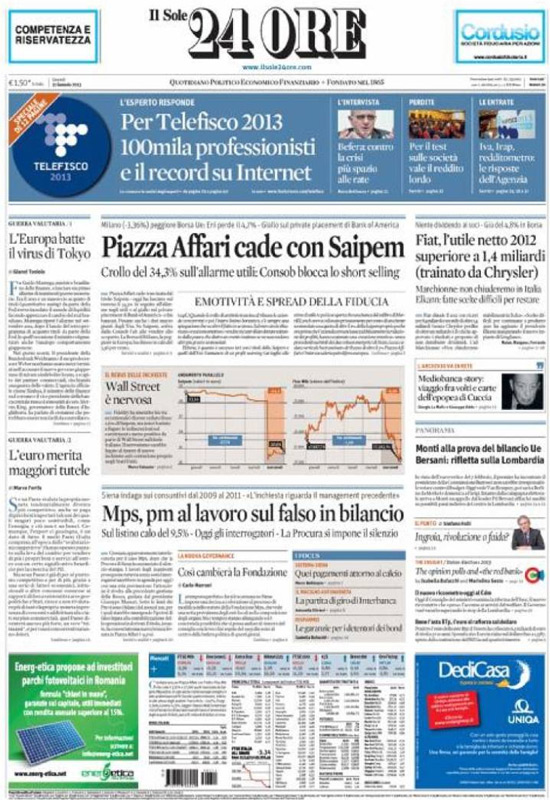 The Milan stock exchange lost 1.34 per cent after gas extraction company Saipem, which is controlled by Italian energy giant ENI, fell 34 per cent following a profit warning on its forecast business. Last December, Saipem was hit by a corruption scandal in Algeria, one of its main operation countries, which prompted the resignation of its CEO.

According to Linkiesta.it the whole affair is the consequence of a power struggle between the Algerian government, which controls the national gas company Sonatrach, and the powerful military secret services. It believes the hostage crisis at the In Amenas gas field may also be linked to this ongoing struggle for power. 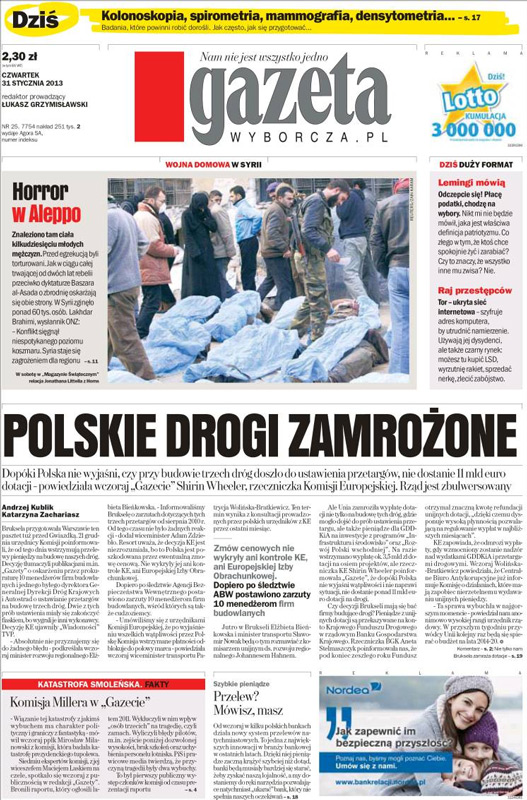 Poland may not receive the promised €11bn in EU structural funds for road construction unless it settles claims of bid-rigging concerning three big motorway projects, a spokesperson for the European Commission (EC) told the daily.

The Polish government says it is shocked by the EC position, saying the country was the victim of price-fixing in relation to the road construction tenders, and informed the EC about irregularities in the process as early as 2010. 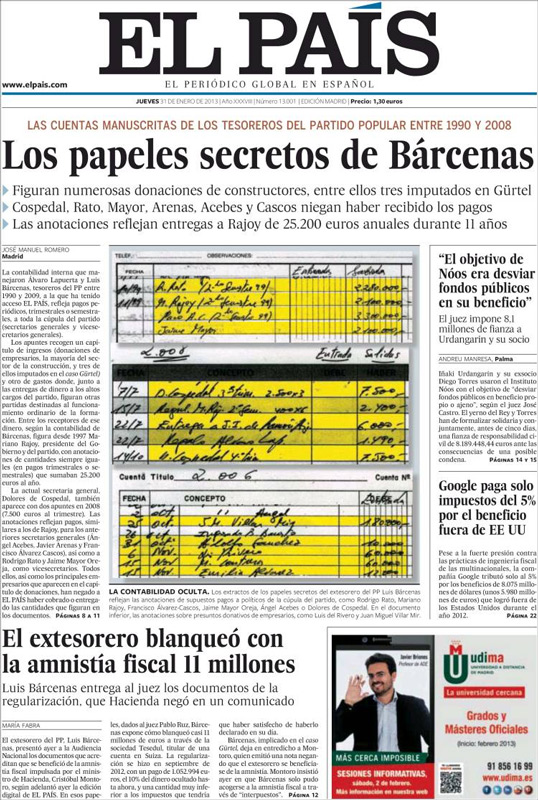 The daily publishes the handwritten “secret accounts” of former treasurer of the conservative governing Popular Party (PP) Luis Bárcenas, who is being investigated over claims he used parallel accounts to make payments to senior figures in the PP between 1990 to 2008.

The papers appear to show that PM Mariano Rajoy received €25,200 each year for 11 years. In response to the daily’s claims, the PP published a statement denying the existence of “secret accounts” in the party.

Serbia: ‘The crisis in Europe and Serbian politicians are to blame’ 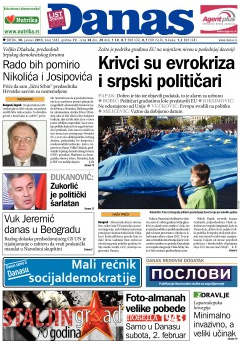 In a poll published by the daily on January 29, only 41 per cent of Serbs say they would vote in favour of their country entering the EU — the lowest level of support for 10 years, down by 18 per cent on the June 2012 result for the same poll.

In its analysis of the change, Danas singles out a number of factors: the “the economic crisis and the poverty” that have affected Serbia, “the conditions imposed by the EU as part of the accession process”, particularly with regard to Kosovo, “an ignorance of the functioning of the EU”, and “the contradictory messages delivered to citizens by the current and previous governments” in Belgrade. 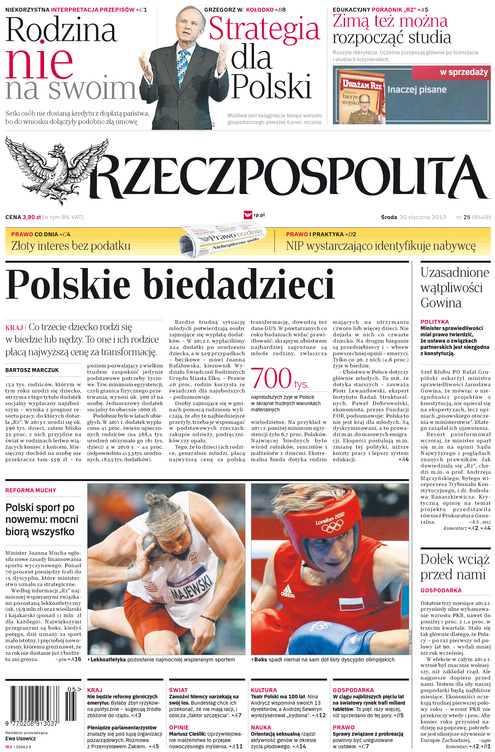 According to a Ministry of Labour forecast, 35 per cent of the estimated 390,000 children to be born this year in Poland will be raised by families which “barely make ends meet”, where per capita monthly income does not exceed 539 zlotys (€135).

As a result, 132,000 parents will claim social allowance for the poorest citizens. “It’s a myth that poverty and destitution affects only older people,” says an expert quoted by the daily, adding that “Poland is certainly not a country for young people.” 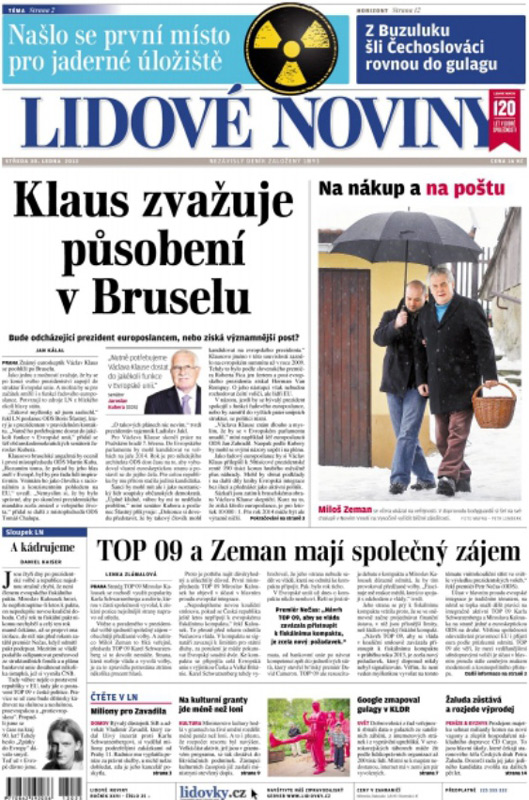 “Well-known Eurosceptic Václav Klaus is looking around Brussels,” reports the daily, quoting a member of the departing Czech president’s entourage. Klaus might start as a regular MEP after the 2014 European elections before trying to reach a higher position.

“His voice in Europe would be inspirational for many,” said Trade and Industry Minister and close ally Martin Kuba. Václav Klaus, 72, will leave office on March 7 and intends to remain in the public eye via his Václav Klaus Institute, and collaboration with the American libertarian think-tank the Cato Institute.

La Repubblica, Rome – The reform of the Common Agricultural Policy, which is to be wrapped up this year, is resulting in a move towards sustainable development and greater fairness. However, it is being threatened by pressure from the agro-food lobbies, declares the founder of the Slow Food movement, who is launching an appeal to Europe's citizens and their MEPs. See more.